University of Mary Washington professor and author Stephen Farnsworth discussed his recent book on the evolution of White House news management in the cable and digital age.

Stephen Farnsworth talked about Virginia's role as a battleground state. He also responded to telephone calls and electronic communications.

Stephen Farnsworth talked about his book "Spinner in Chief: How Presidents Sell Their Policies and Themselves." He discussed how presidents use the White House podium to sell their policies and themselves. Professor Farnsworth also talked about the relationship between the White House and traditional media as well as new media. He reacted to a video clip of President-Elect Barack Obama talking about the economy on Thursday, January 8, 2009, at George Mason University and talked about what President-Elect Obama has done and may do in the future. He also reacted to a video clip of President Ronald Reagan at Normandy Beach anniversary in 1984 and compared recent presidents as communicators. He talked about the presidential campaign, winning and losing public perceptions, and media leadership techniques. He responded to telephone calls and electronic mail. 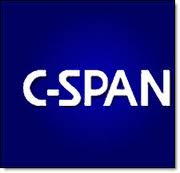 Stephen Farnsworth and Trevor Parry-Giles spoke about presidential campaign advertising. They focused on Senator Obama's 30-minute television message aired the previous night as well as other political advertisements by Senators McCain and Obama. They responded to telephone calls and electronic mail.