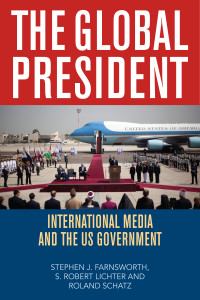 Stephen Farnsworth, professor of political science and director of the University’s Center for Leadership and Media Studies, delivered a lecture entitled, “The Global President: Public Diplomacy During the Obama and Bush Presidencies,” to the DACOR (Diplomatic and Consular Officers, Retired) Organization at the DACOR Bacon House in Washington, D.C. on May 6. The group consists of former U.S. ambassadors, foreign service officers, and military attaches as well as former USAID and CIA officers.

The talk drew on Farnsworth’s co-authored book, “The Global President: International Media and the U.S. Government,” which was published by Rowman & Littlefield last fall.

More information on the book