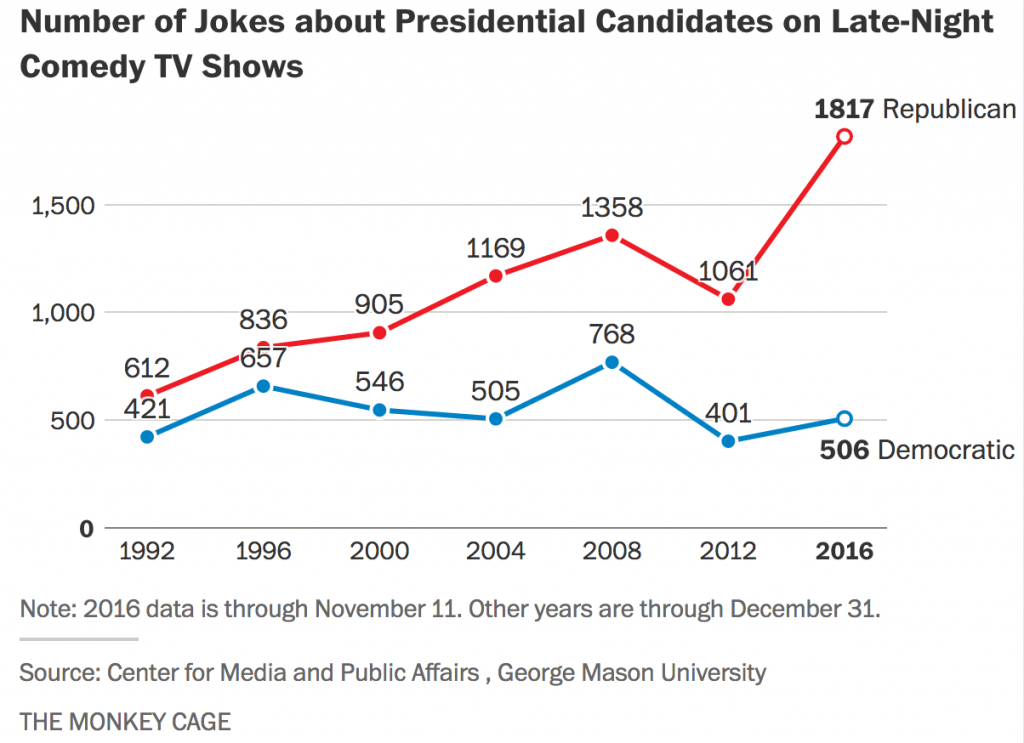 Trump will Probably be the Most Ridiculed President Ever (“Monkey Cage,” Washington Post)
By Stephen J. Farnsworth, S. Robert Lichter and Deanne Canieso

Donald Trump takes office as the most ridiculed presidential candidate in the history of late-night television talk shows. Not only did he far surpass the number of jokes directed at his Democratic rival, Hillary Clinton, but he even exceeded the totals aimed at Bill Clinton during his scandal-plagued presidency two decades ago.

A new analysis of late-night humor by the Center for Media and Public Affairs at George Mason University found that the New York developer was the subject of 1,817 jokes between Jan. 1, 2016 and Nov. 11, 2016, a few days after Election Day. That’s more than triple the 506 jokes directed at Hillary Clinton. Going back to the 1992 contest, CMPA found that comedians have never focused on a presidential candidate the way they have on Trump.