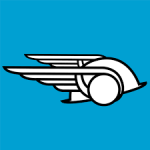 “The killing of bills in subcommittee didn’t matter all that much when the Republicans had a two-to-one majority in the legislature,” said Stephen Farnsworth, a political scientist at the University of Mary Washington. “Something that wasn’t going to get through the committee wasn’t likely to pass on the floor anyway."