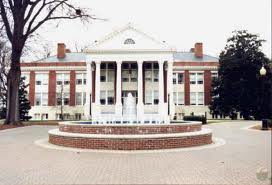 Stephen Farnsworth, professor of political science and director of the University’s Center for Leadership and Media Studies, is author of a book chapter, “Studying the Presidency after 9/11: Re-considering Presidential Character in Domestic and International Contexts,” which was published in 9/11 and the Academy: Responses in the Liberal Arts and the 21st Century World.

The book is edited by Mark Finney, a 1999 graduate of Mary Washington, and Matthew Shannon and was published by Palgrave Macmillan. Dr. Finney, who is now an associate professor of Mass Communications at Emory and Henry College, Emory, Virginia, was one of Dr. Farnsworth's first political science students at Mary Washington two decades ago.