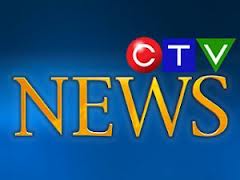 Stephen Farnsworth, professor of political science and director of the Center for Leadership and Media Studies, was a featured guest on a CTV News segment on Friday, July 6.