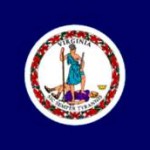 “The chances that all three Democrats will resign and pave the way for a Republican governor is unlikely,” Farnsworth says. “The Democrats don’t spend tens of millions of dollars to win elections to hand the seat over to the other party.”