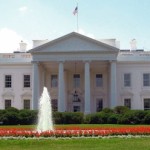 “He’s a former vice president for a well-regarded president,” said Stephen Farnsworth, a political science and international affairs professors at the University of Mary Washington in Virginia. “Further, his decades of experience in politics and his blue-collar background combine to create a sense that he is the safe choice for Democrats who care more about beating Trump than which candidate is the nominee.” [...] Two oldest Dem contenders, Sanders and Biden, are close in age; their supporters are not (Orange County Register)