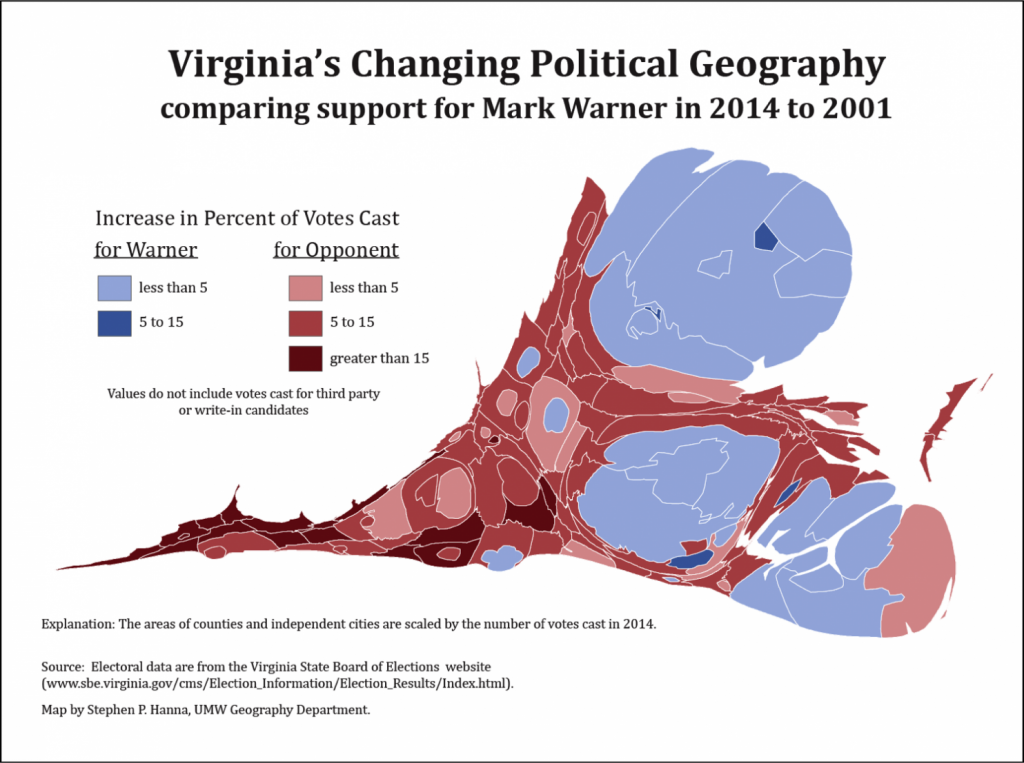 U.S. Senator Mark Warner (D-VA) sure is lucky that northern Virginia is still growing – and that rural southwest Virginia is not.

For more than a decade, at least until Tuesday, Warner dominated the politics of the Old Dominion, his “radical centrist” vision of politics creating a more geographically diverse political coalition than other Democrats created for their statewide elections.

Thirteen years ago, Mark Warner (D) was elected governor of a very different state than the one that divided roughly 50/50 on his re-election this year. Warner’s moderate politics and his aggressive 2001 outreach efforts in rural corners of the state – including sponsoring a race car and a bluegrass campaign song — were hailed at the time as political savvy ways to connect with the state’s rural voters.

That approach paid off, back then.