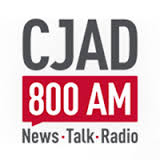 Professor Stephen Farnsworth of the University of Mary Washington said that President Obama’s choice for the Supreme Court vacancy was about as a moderate a choice as Republicans could have hoped for from a Democratic president, and said that public pressure may build on Senate Republicans to hold hearings on the president’s choice.